“Pride Month is both a joyful celebration and a serious political reminder that LGBTQ people are here and deserve the same rights as everyone else” (Parents.com).

This post will provide you with tips to get conversations started and how to guide the flow of conversation. 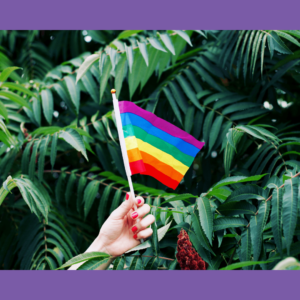 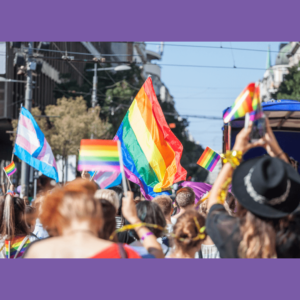 Be the one to initiate the conversation.

Be positive and affirming.

It is hard to explain to children that people might be treated differently just for being who they are. One concept children understand is fairness. Explain how being part of the LGBTQ+ community is an awesome thing to be, and if something is not fair, we want to fight to make it right.

How to Explain Pride Month to Your Child | Parents

How to explain Pride month and LGBTQ rights to kids – Care.com

Navigating parenting today can be hard, but we are here to support you! If you have questions about parenting in general, call our 24/7 Parenting HelpLine: 1-800-243-7337.